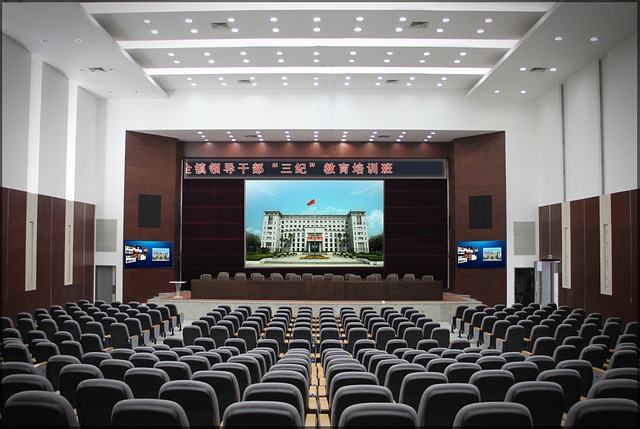 In conversation with one of my clients the other day, she commented on how pointless she often felt it was attending talks, conferences and seminars. She pointed out that organisers rarely provided delegate lists and, besides, it’s nearly impossible to identify someone in the audience.

While I do sympathise and I know that there are often talks where I’m quite happy to disappear into the crowd, there are three simple things that you can (and I’d argue SHOULD) do to improve the impact you have at a speaker event of any kind.

If it’s a big event, get the speaker list and cherry pick – identify a handful of speakers who you think – either by virtue of their topic or their personal fame – will be good ones to engage with.

If it’s a single speaker event then the task is simpler.

Now do your research. Check out their latest writing – book, article, or blog entry. All you need to do is find a couple of relevant questions to ask. Try to prepare questions that relate to their talk, but don’t worry if you can’t… You can always introduce them, thus:

“Stephen… you recently wrote that….” I know it sounds awfully familiar, but the speaker won’t complain, and it will look to the rest of the people as if you might actually know them!

Write the questions out so there’s no chance of you forgetting. Make absolutely certain that they are a question, and reasonably quick ones at that. No-one likes the boring old fart who spends a minute describing their own theory, or trying to prove themselves to be cleverer than the lecturer. Try to be intelligent, but don’t try to be clever.

The research step is really important. It prevents you from appearing like a complete fool or arrogant.

Arrive at the venue reasonably early and find an appropriate place to deposit any superfluous bits and pieces – your coat, briefcase (except for a notepad) and so on. If you are going to engage in conversation with people over a cup of coffee you do not want to be weighed down.

At the event, find a seat that you feel comfortable with, but ideally in what will be the line of sight of the chair/host and, secondly, the speaker. Not too far to the side, and not too far back, but rarely in the front row either.

Audiences usually take one or two questions to get warmed up, so be ready to help them out (and the chair too) by being ready to ask a question as soon as they invite them. Put up your arm and be prepared to wave it a little! As soon as they indicate that it is your turn, stand up.

There will often be a roving microphone. DON’T start until it arrives – by standing you are doing the technician/co-ordinator a favour by making it very clear who is next and where they’ve got to get the microphone to. You are also keeping any opportunist out of the frame.

Try to look calm and collected, and SMILE throughout. There’s lots of reasons, but often any photographer covering the event will want a few shots of audience members and you are providing them with a great opportunity to get their job done too. If you look frightened or dour, then they aren’t likely to use your picture, and if they do it will present a bad image. These pictures often appear in post-event reviews and online.

Introduce yourself before you ask the question. Use your title (if you have one, but never Mr or Mrs) and your first and last names. Then give some other clue to allow anyone to find you if they need to; either an organisation or institution, or else a location. These days, it’s easy to Google (or search on LinkedIn) for someone with those three or four bits of information.

“My name is {TITLE} FIRST LAST, from PLACE {or ORGANISATION}.”

This will have tested your voice and got your level right for the microphone and sound system.

Now ask your question, hand the microphone back, and then sit down. Listen carefully to the reply.

On odd occasions, there may not be an immediate next question. Don’t be at all afraid to indicate that you’d like the opportunity to ask a second.

If, during the talk, you hear something particularly interesting and want to ask about that, by all means do so – but while you’re listening scribble down the question in full for yourself. You will appear infinitely better informed this way.

Now watch to see who asks any subsequent questions. Make sure that you will recognise them later and, ideally make a note of their names and affiliations too.

Personally, I’m not a fan of rushing forward to fawn at the knees of the speaker. If they are approachable then they will be around later when the crowd has dissipated. Your ‘targets’ are the people in the audience, because they are more immediately valuable as sources of referrals.

Now, your work begins. Whether it is in the queue for lunch/coffee, in the bar, over wine, or whatever, you will often find that other people approach you. You have made it obvious that you’re an expert here too, that you’re on first name terms with the speakers, that you are one of them {the audience}, and that you’re prepared to discuss this topic. If you find that you’re not inundated, then find the other people who asked questions and get in there to network. If the speaker is in the queue too, then approach them there.

It isn’t easy to gather contacts and their cards at speaker events, but by now you have a handful of people who you know a fair bit about – their name, affiliation, the question that they asked… Get home, go online, search LinkedIn or Google, and contact them.

I know that there will be someone reading this who says it’s far too brash. They, of course, will also be the ones who say that such events are no good for networking and who probably can’t remember the last time they made a contact at one. All I can say is that it works. Yes, it takes a bit of effort and a bit of practice, but you will be amazed by the results.

My very first job in industry after graduation came about because I asked two questions at an evening talk at a professional institution. I’ve tried to use this approach ever since. Only a couple of weeks ago, I broke the ice for the audience at a seminar in London by asking just one question – by the time I got home I had three enquiries about the work I do.

NB This article was originally posted on my blog on December 15th, 2012