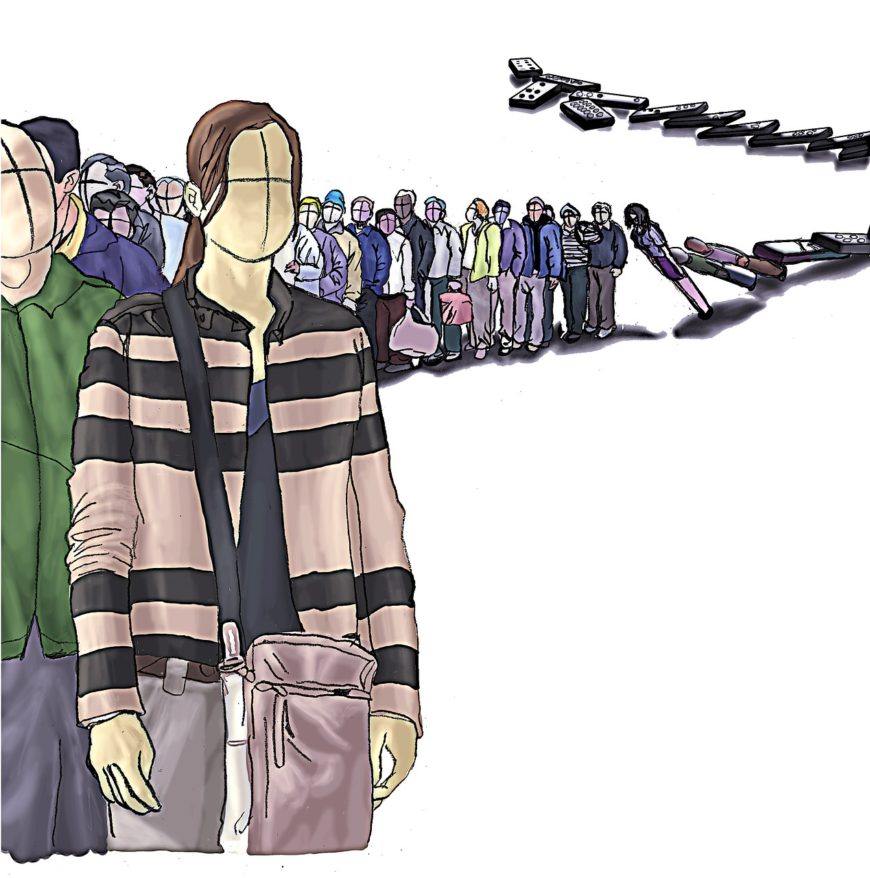 This might seem a strange thought, but bear with me a moment.

When someone is murdered, we tend to focus on them, their life, their killer, and their motives for the killing. What is rarely seen is the impact on the people close to them. Understandably, they want to find peace within themselves. These days there are opportunities for impact statements to be given in court, but they are usually reported in text and verbatim rather than by video showing the true distress being expressed. Today, Reeva Steenkamp’s father was shown on global media giving his ‘statement’ at the re-sentencing of Oscar Pistorius now that his conviction for manslaughter has been ‘upgraded’ to murder.

Take a look at her father. See how he has been affected. Feel the emotion that he struggles to contain.

Of course, making someone redundant is nothing like the same as murder or manslaughter. However, it can have terrifying consequences – not just for the individual but for their immediate family and wider friends and relatives. As employers, we very rarely (if ever) take this into account.

Last week, I saw the film, La Loi du marché (The Measure of a Man), which won awards at Cannes Film Festival 2015 (https://en.wikipedia.org/wiki/The_Measure_of_a_Man_(2015_film)), which I think should be compulsory viewing for anyone in Human Resources. I shalln’t spoil the plot. Suffice to say, in three different contexts, it looks at redundancy, how people do (and don’t) cope with it, the impact on the wider group of people around them (whether a large group or just a family), and what happens to them when one person can’t cope.

As a leadership confidant, probably every couple of years, I find myself supporting executives as they take the kinds of tough decisions behind redundancies. We usually spend a lot of time exploring alternative strategies, the processes of communication, and specifying and vetting the support that will be provided. On more than one occasion, I have been accused of taking too long over this, of being less assertive than is expected in the ‘high flying’ world of executive life. Well, perhaps, this will explain why.

Excited that my third new course, post-pandemic, "A Short Introduction to the Person-Centred Approach" (17 May 2023 - 14 Jun 2023) is open for booking @OxfordConted conted.ox.ac.uk/cour… pic.twitter.com/yVb4…

Doubly excited that following the success of the one-day workshop, "Contemporary Developments in Coaching" this year, it will run again on Sat 15 Apr 2023 - with substantially new material - bookings open now @OxfordConted conted.ox.ac.uk/cour… pic.twitter.com/6Ato…

Excited that my second new course, post-pandemic, "An Introduction to Life and Leadership Coaching" (25 Jan 2023 - 29 Mar 2023) is open for booking @OxfordConted conted.ox.ac.uk/cour… pic.twitter.com/NMtm…

Good morning to everyone except the @TfL bus driver who, on hearing I'm a doctor who's bike just broke on the way to work, informed me that yes it is up to him whether to let me and the bike on, but then gave me a nice smarmy smirk, closed the doors, and drove off anyway.

Edit: The breakdown of the NHS the-confidant.info/2… #pruk

It's time we gave them the respect they deserve, and show how much we appreciate them - not simply by clapping our hands, but by supporting the voices within the @NHS and those outside who call for cohesive, well-resourced, apolitical, evidence-based, whole system change. 15/15