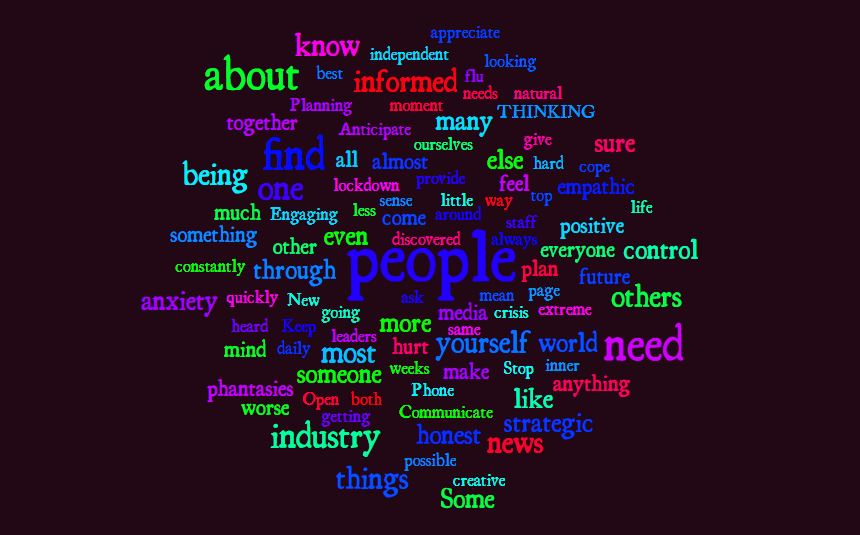 Anxiety is a natural response to situations that we anticipate in the future, where we believe that we are unable to control things around us, and the possible consequence of that is that we will be hurt.

This week, I was interviewed by two journalists for an industry-specific publication. They explained that their industry was expected to suffer badly as a result of the coronavirus crisis. Potentially it won’t recover. It’s no surprise that everyone working in this industry is suffering from extreme anxiety at the moment and fear of the unknown future. They wanted to know if I had any recommendations for dealing with these emotions?

Everyone experiences anxiety.  This is different for people who find that their long-term and sometimes disabling anxiety is getting in the way of them leading a reasonable life; they should seek clinical help.  They can be helped, but they need to ask for it!

The three elements in there provide a clue to how to manage this.

Dr Graham Wilson is an executive confidant and leader of the University of Oxford’s Coaching Programmes. He was awarded the Distinguished Fellowship of the IOD in 1993.

This is one of a series of items appearing on the IOD Global blog (blog.iodglobal.com)