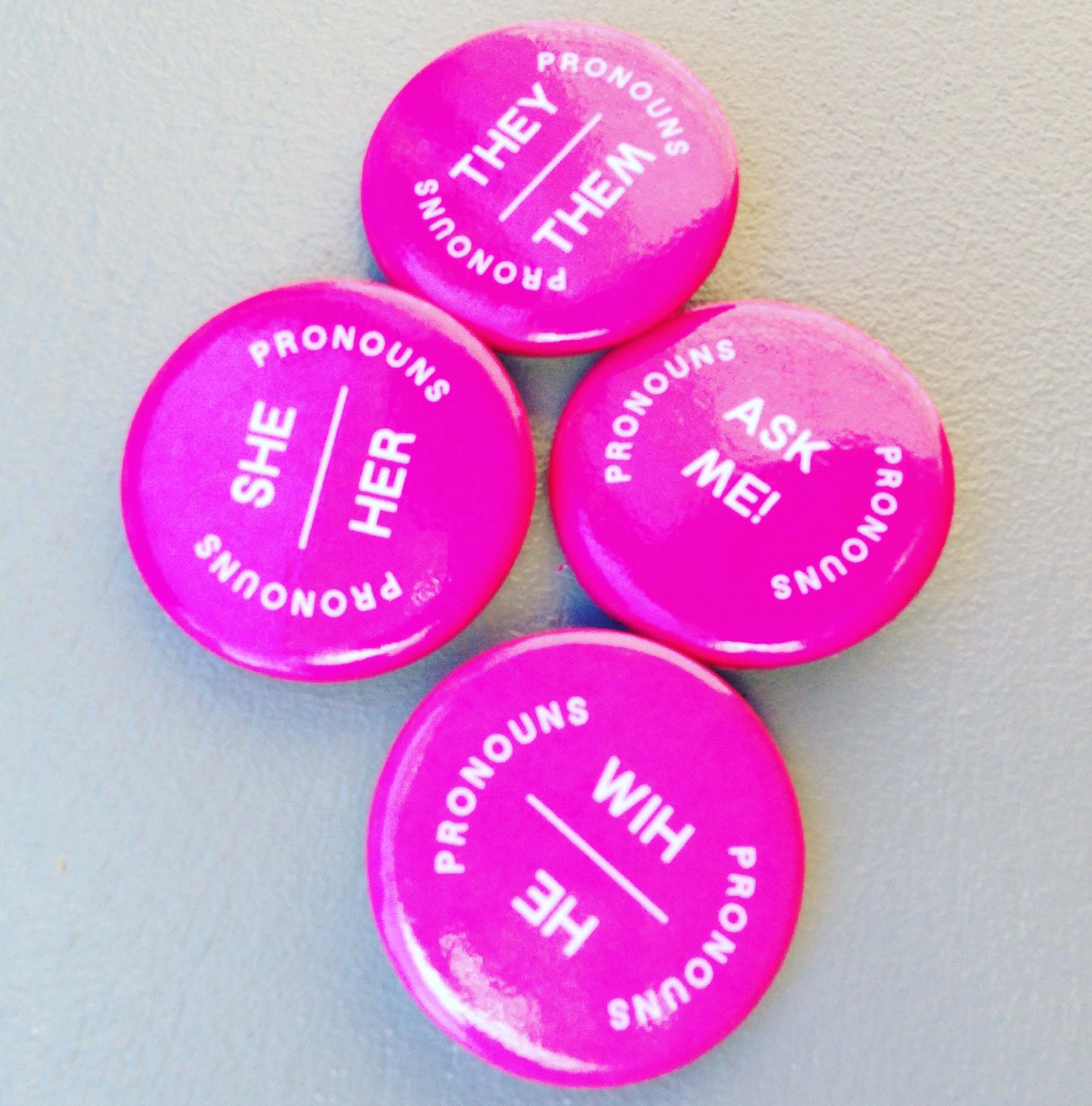 “My personal pronouns: ‘he, him and his'”

Earlier this year, the Association of Colleges, the representative body of the FE sector, publically endorsed this approach. Their argument is that this serves several purposes;

One of my places of work, has just encouraged us to add our gender preferences to our emails. I am ‘conflicted’ about what to do…

Over the years, I have written a lot of words. I have also read a lot too. I don’t even remember when this started, but I have always found it jarred excruciatingly when reading something that uses “he” or “she” when there isn’t an individual being discussed and where the rest of the sentence could apply just as much to women as men. Some publications have a real penchant for this and it REALLY irritates me.

“The counsellor might decide to adopt a particular approach, if she feels that this is appropriate.”

“The author of this book is an outrageous bigot, and has used gender specific pronouns like “He” and “She” to indicate the powerful bread-winner, and the submissive little blonde at home. We realise that we should have addressed this even before the copy-editing stage, but by then we were not prepared to spend the money on changing them all, so you’ll just have to ignore them.”

I have never knowingly used a gender-specific pronoun inappropriately. If I have, please point it out to me. I am also though uncomfortable about declaring my own pronouns. I am in the fortunate position of conforming to most people’s stereotypes. If I send an email then it is extremely unlikely to contain anything that depends upon you knowing my gender preferences. So really the only purpose of those given above, that this statement would have, is to help normalise the idea that we should be considerate to others.

This has prompted me to wonder if there’s an alternative form of words that I could use?

After a little reflection, I have added the following to my email footer for the College;

“NB: In all my work, I try to be gender-neutral. If you notice that I have not been, please feel-free to point this out to me. I will not be upset.”

I have been mulling this again, and realise that I am uncomfortable with the isolation of one form of bias over others. What follows may be a naive analysis, but I hope that anyone reading it will see it as a work in progress and focus more on themselves and their responses than on mine…

Quite genuinely, I don’t believe that I am gender-biased. I may be a male, with male hormones etc, but I would like to think that my anima is as well-developed as my animus. Without doubt I have been cruel in some of my relationships in the past, but I hope that I have never abused anyone because of my gender advantage. If anything, I feel that my friendship has, from time-to-time, been rejected more because of the other person’s mis-trust than my own mis-use.

I hope too that I have never been racially-biased, though I know that I have been the recipient of advantage because of my race. My social environment is predominantly “white, Anglo Saxon” but it would horrify me if anyone felt that I somehow differentiated my interaction with them because of their race.

My family were always socialists. My maternal grandfather was a staunch Unionist, and although he was not a Republican, he did insist on having his Imperial Service Order presented to him with his workmates at the local Post Office sorting office rather than Buckingham Palace. My mother worked at Transport House and played table-tennis with Anthony Wedgewood-Benn. As someone with leanings towards Quakerism, especially in terms of plain-living, I know that the world depends on capital and entrepreneurship, and that we all tend to prioritise our own security and that of our family ahead of others. This means that wealth is never going to be evenly distributed though it could be much more fairly. I am biased against those who seek to deny this, and who place what I feel is excessive value on personal security and wealth. They align particularly with certain right-of-centre political parties so it is quite easy to identify possible ‘targets’. That said, I have had a handful of people in my life who I have resonated with, yet were overtly Conservative. My bias can be overcome by the positive individual personalities involved.

Much of my work has been about the empowerment of workers and the development of nurturing skills among the leaders of organisations. Today, I teach adults – either in FE or HE – and one of my joys is helping someone who wants to achieve more than they ever thought they could, do so. That said, I am aware that I do have biases in this. I find it hard to relate to those who argue that some people will never achieve, and especially those who blame others for their failure to achieve regardless of their life circumstances. I am biased against such people.

Finally, I am very definitely biased socially. I find it very hard to relate to people whose opinions are so entrenched that they cannot see that others have different perspectives, who do not seek to improve themselves intellectually, and who act without mindfulness. I find them hard to have a conversation with, and therefore do not tend to include them in my social circle. I know that this is to my detriment.

“NB: I would like to be free from bias in my life; however, I am not always successful in this. If you notice that I have not been, please point this out to me. I may be upset, but I shall not be angry.”

For those ready to deepen the current conversations related to race, read this or Google it: An intersectional approach to understanding how #race and #social class affect intergroup processes onlinelibrary.wiley.… #RaceAndClass #socioeconomic #intersectionality

Useful resource for leaders in the third sector... twitter.com/VylaRoll…

Sadly, we also like to simplify complex situations. Many "models" of change in the corporate sense are based on mis-reading/mis-interpretation of Kubler-Ross. We (because we are all people) don't RESIST the CHANGE. We are SLOW to ADAPT to the LOSS. twitter.com/VylaRoll…

What’s the difference between counselling and psychotherapy? the-confidant.info/2… #pruk